Welcome to ‘What’s in the box?’, a regular feature that looks at what has been recorded over the previous month.

My moth trap is homemade (albeit not by me!) and contains egg boxes for moths to huddle into and a bright light to attract the moths. I set it up as and when the weather permits and the usual plan is to position it in the garden at Bubble HQ using the mains electric. I then run around like a mad woman with a net and pots catching everything flying to the light (except bats which can be a bit of a problem sometimes!). The neighbours do think I’m a little odd! When bedtime calls, the trap is then left running all night and everything that has fallen into the box is recovered early morning. And when the box is opened….I never know what I’m going to get.

I do take the trap further afield using a generator. I have permission to use the trap in certain local areas and always release the moths back to where they were found.

All records will be from Bubble HQ here in Dalby Forest unless otherwise stated.

Not entirely to plan

What a disastrous start to May! A trip to Sutherbruff Rigg/Little Dale in Dalby Forest on the very first day of the month produced an entirely different outcome to the one I expected.

The records consisted of:

2 x Water Carpets (in the box)

1 x Common Quaker (in the car on the way home!)

1 x Streamer (on the kitchen window when I got back home!)

1 x fabulous sunset (not in the box but if I could fit it in, I would!)

The first week was a bit of a right-off with aborted attempts and poor results. The weather didn’t help with torrential rain and winds but, eventually, I took the box to Deep Dale on the northern edge of Dalby Forest joining forces with others from the North Eastern contingent of Butterfly Conservation. With several traps out, it was a busy few hours.

My location proved to be the slowest with little to the box initially but it picked up nicely. The others proved far more successful…..grrrrr!!

No less than four prominents came to the light. A  Scarce Prominent was early to the box. It doesn’t entirely live up to the name, as it’s not hugely ‘scarce’ and it did come to the box last month, but it’s not common in the area. The ‘Scarce’ is easy to spot amongst the prominents as it has a mark shaped like a comma on the edge of the wing.

The Pebble Prominent has my favourite scientific name Notodonta ziczac. I love the ziczac part…..it comes from the way the larvae sits in a zigzag shape. I’ve never seen the larvae in real life so I’ll have to keep my eyes open.

All in all, the field trip was highly successful with 18 species to my light and many more to the others. Another visitor that deserves a mention is this huge creature that sat belligerently on the opening to the box from the moment I turned it on. He wasn’t impressed when I turfed him off when I packed up at midnight.

When we opened the box later, it was full of them. These two were mating….such liberties!! 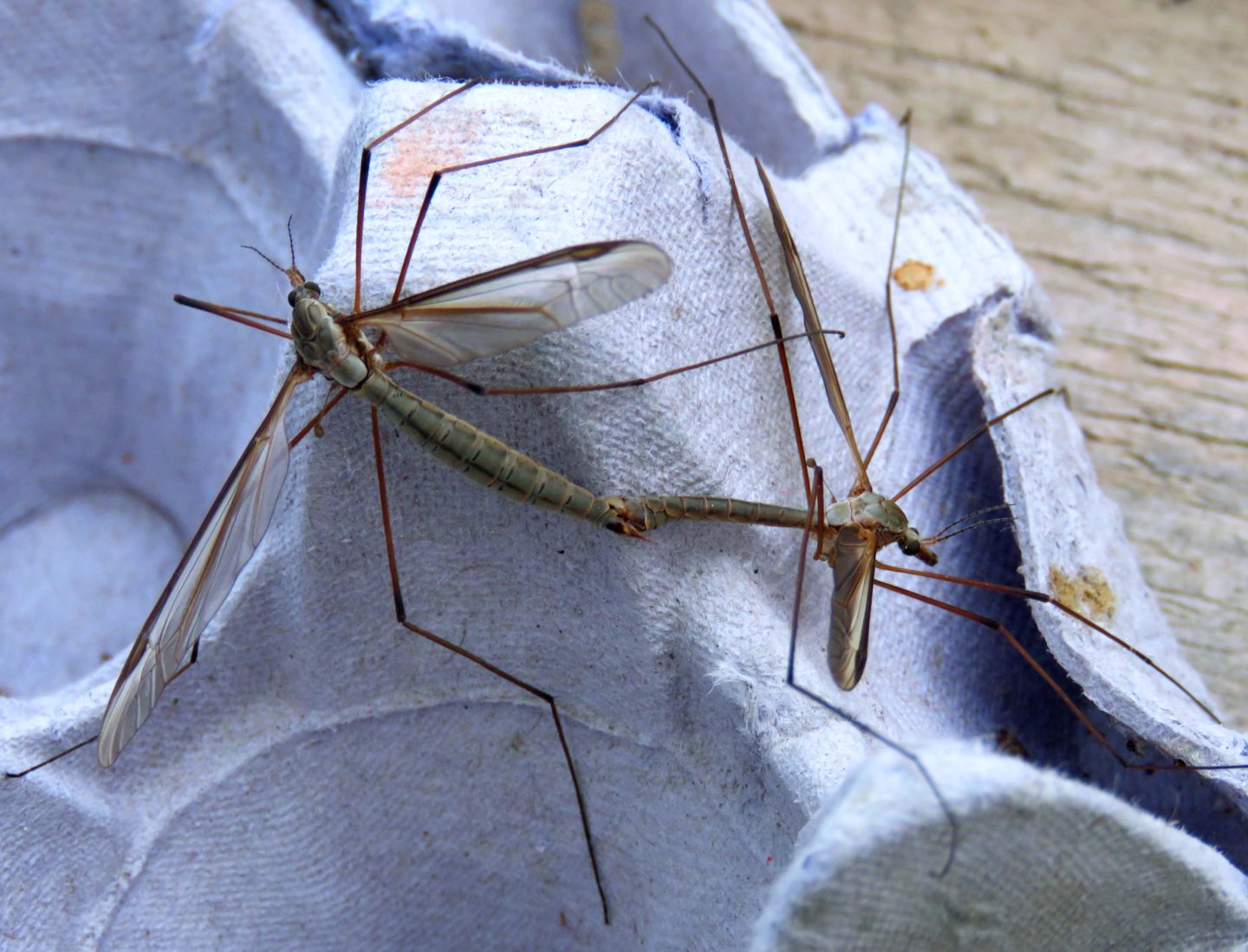 Over the next few nights, every moth coming out of the box seemed to have a name beginning with B! There were obviously others but it did look like a disproportionate amount.

The carpets had to have a look-in with the Broken-barred Carpet. The umbers were represented by the Barred Umber which was nice to see as they are not common in the north.

I’m always chuffed to see a Buff Tip and there were two in the box this month. I’m always fascinated by the way it resembles a bit of twig.

The other two Bs are beautiful…the Brimstone (not to be confused with the butterfly), beautiful because it’s lemony yellow really stands out amongst all the brown and grey hues and the Beautiful Golden Y, beautiful because it has the audacity to say so!  I love the fact that the scientific name Autographa pulchrina means that it is beautiful (pulchrina) and that the markings are written by the moths themselves (autographa). It sounds like the moths make themselves up to go out on a night, daubing a beautiful, golden Y on their wings. Very well named!

Not beginning with ‘B’ but I’m including it here because it’s beautiful and has the name of a bird (yes, very tenuous, I know!)….the Small Magpie is a micro moth (which always surprises me because it is bigger than some macros!). The scientific name does not relate to Magpies. I can only think that the common name refers to the black and white markings similar to that of the bird. If you know different, please let me know.

Hawking around & making a spectacle of oneself!

The chunky, jumbo jet of the moth box, the Poplar Hawk-moth made an appearance for the first time this year. I always think of them as just a tad lazy. They are quite happy to sit in the hand and don’t seem at all concerned by being looked at. That said, minimum handling and quick photos are what every moth gets!

The quirky ‘face’ (front of the thorax) of the Spectacle looks exactly like it’s wearing a pair of glasses. I love them although this one looked particularly grumpy and fed up. Perhaps they should be renamed the Grumpy Spectacle! Only one this month which is a bit disappointing but hoping for more next month.

Looking very regal in their fur collared cloaks, the Ermines made several appearances. The Buff Ermine is, as the name suggests, a more buff colour compared to the White Ermine. Both have black spots but those on the Buff Ermine appear neatly set out as if someone stuck them all on in a regular pattern. Those on the White Ermine, however, are scattered as if someone just half-heartedly threw some on it. Here they are side by side.

Also sporting some fuzziness were the Pale Tussocks with a total of six through the month. They always lie like they are stretching after a really long sleep and their antennae are amazing.

Sometimes it’s the little things that mean the most. This lovely micro appeared in the box once and was seen flying during the day once. It’s scarce in the area and is a great record for the moth box.

The very last day of the month produced a new moth for me…a Campion. Another very well named moth, it feeds on the Campion plants such as Red Campion and Ragged Robin. Could it be a coincidence that the Ragged Robin in the garden started flowering a few days before? There is an abundance of both plants around Bubble HQ so not surprising to get this moth and it is common but this is the first time that I have seen it. This one is quite fresh as it has a purplish tinge to it.

In contrast, also on the last day, was a moth I’ve seen many times before but never tire of seeing That’s the Angle Shades. A striking moth and unmistakeable, it’s an easy one to recognise. Loving milder climates, it’s a migrating moth but I have no idea where this one came from! I’d love to know.

The scientific name of Angle Shades breaks down like this:

meticulosa = timid, quivering in the light, looking like it is shaking with fear with cowering wings

This is a great description. Angle Shades certainly quivers when brought into the light. Here it is living up to its name.

What’s in the box? May stats (totally unscientific!)

Temperatures – ranging from 4 to 14 degrees

Most common – Common Pug (total number 29, the pugs are here! I’m bracing myself for next month!)

Most annoying box occupant & nuisance neighbour – Cockchafer (loads of them!)

Moth of the month – Pale Tussock for looking so cuddly!